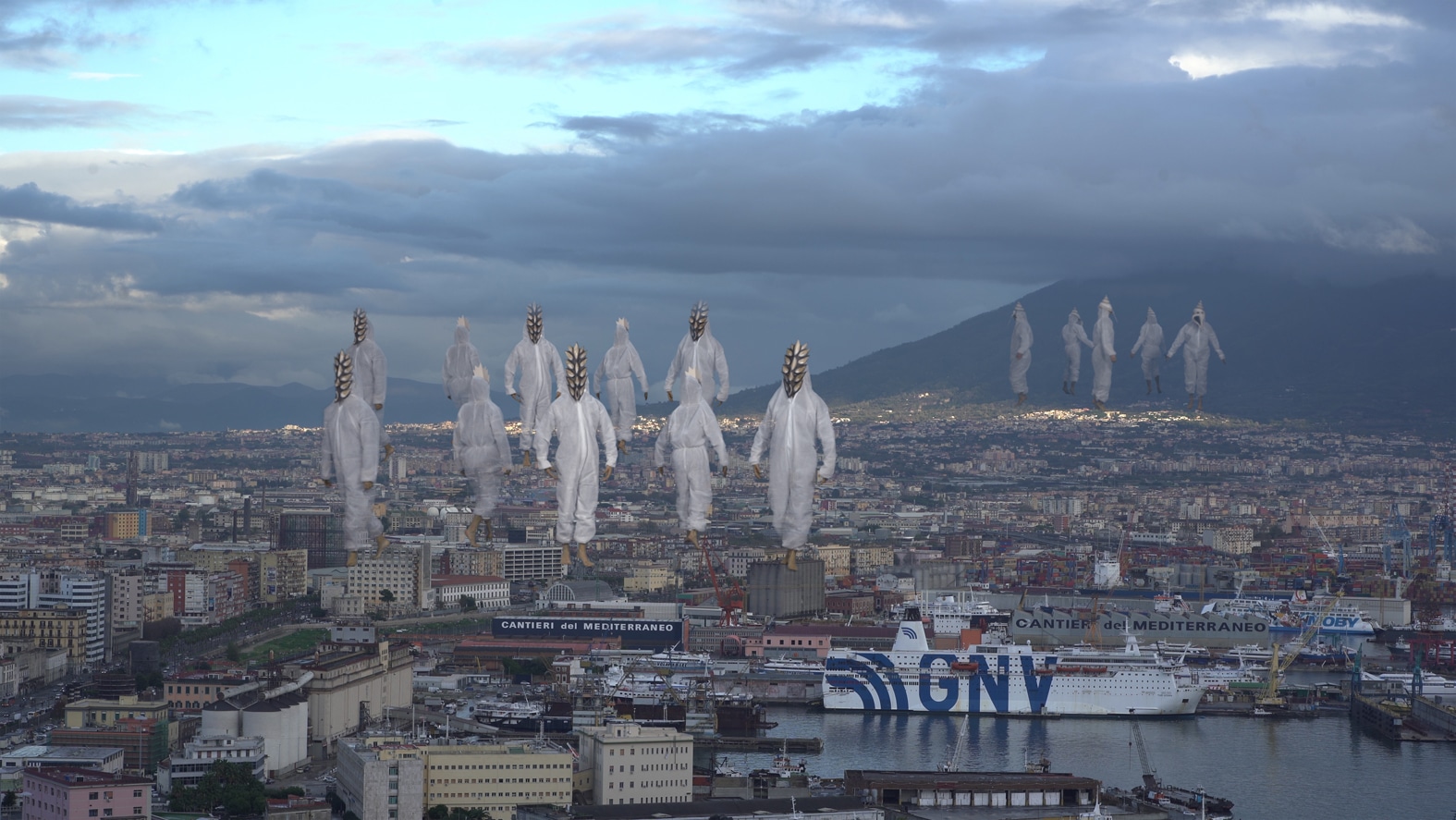 Ballet inspired by le Sacre du printemps – The Rite of Spring by Vaslav Nijinski-The work is divided into two parts, which question the very principles of the original ballet.
In the first act of Stravinsky’s work, entitled ‘The Adoration of Earth’, the choreography recalls the agricultural dances of pagan Russia. For Rosier the dancers, imitating the movements and gestures of farmers in the act of cultivating fields, connect the act of worshiping the land with the beginning of its progressive exploitation. For this reason the ‘worship’ of the original ballet is revealed as the beginning of an unstoppable ‘exploitation’: ‘the peasants become ears of wheat, the destiny of humanity is linked to that of plants’. We treat ourselves as we treat plants, industrialized, commodified. The blind pursuit of growth, avidity, greed, only reflect our inability to ever be satisfied. This bottomless dissatisfaction is the reason for the disaster’.

In the second act of Stravinsky’s work, entitled ‘The Sacrifice’, a woman is designated to perform a sacrifice to the Earth to plead for the return of spring after winter and ensure the perpetuation of the well-being of the human species. In Rosier’s reinterpretation, the sacrifice of the young woman does not take place and is transformed into the metamorphosis of all the farmers and wheat fields into a forest of trees that spreads over the city and the industrial site previously known as Naples. The artist recalls its millenary culture, almost as if to close a circle or, better, to reopen it: ‘in the Baroque paintings present in the numerous churches in the city, as in the ex-voto paintings, the Virgin Mary and angels float above the mortals, with the intention to protect, save the chaotic world. For many of us, the catholic message failed to answer the ontological question but the image stays with us, the image of an invisible realm of supra human creatures capable of filling the feeling of void that makes our chest empty, our heart dry. Maybe those supra human creatures are to be found in natural forms, in trees and forest that would inhabit our chest. We have to re-oxygenate our chest with this forest, feel the plenty within us, the lungs and the heart full’. Text by Andrea Viliani for MADRE , Naples

The works of Mathilde Rosier draw on her interest in the physical and psychological experience of ancient rites and rituals.. Her art often embodies fictional offshoots or parts of a narrative, where constellations of self-made costumes, mystic representations of animals and nature often seem like props, an abandoned stage set, or solitary protagonists of an unfamiliar yet compelling reality. Through the combination of painting, film, dance and theatre, Rosier constructs oneiric situations that allow the beholder to lose any sense of space and time, opening a portal between conscious and unconscious realms. Rosier creates art that comments on and illustrates the need to return to harmonious ways of integrating human activity with the ‘natural environment’, including pre-industrial practices that might seem anti-rational, observing the world from the vantage of the present-day countryside.

Since 2016, she has been a lecturer at FHNW, Institut Kunst, University of Art and Design, Basel, CH